This year’s public meeting was a special one in many respects. To begin with, it was accompanied with a wonderful exhibition of works created by the prisoners themselves, in collaboration with the prison authorities. The exhibition, inaugurated by the Hon. Minister of Justice and Home Affairs, Dr Tonio Borg, in the presence of Prison Director, Mr Sandro Gatt, remained open up till the 30th of November.

After assisting to the wealth of experience that these speakers brought to the meeting, a discussion was held, led by a penal composed of: Dr Mark Montebello, Director of Mid-Dlam ghad-Dawl; Mr Mario Vella, Deputy Chairperson of the political party Alternattiva Demokratika; the Hon. Dr Gavin Gulia, the main speaker for the Opposition on Home Affairs; and the Hon. Minister of Justice and Home Affairs, Dr Tonio Borg. The public present, which participated in the discussion most heartily, included many relatives of prisoners and various journalists.

The whole meeting was chaired by Mid-Dlam ghad-Dawl’s Co-ordinator, Mr Ivan Cauchi, who addressed those present at the very beginning of the meeting, and also introduced an experty-made video presentation on the meeting’s theme: Prison … wasted time?

The meeting was a success all around, a perfect example of good team-effort. During its address, Mid-Dlam ghad-Dawl expanded on the theme of the management system at the Corradino Prisons. It also made two proposals to the Hon. Minister: first, to set up a multi-disciplinary commission, headed by the Prison Director, to work on a managerial reform within the Corradino Prisons; and to commission a study on the managerial situation at the prisons, and make proposals in this regard. Mid-Dlam ghad-Dawl pledged its full cooperation for the fulfillment of this proposal. 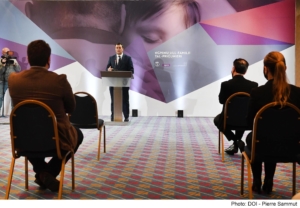 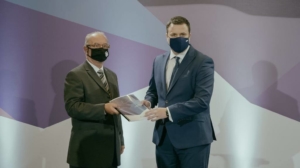 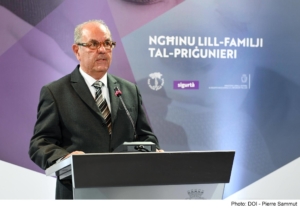 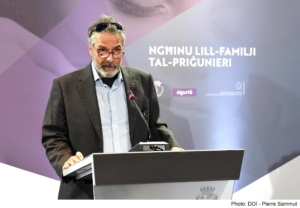 A meeting was held on the 5th of April at Palazzo Ferreria in Valletta between the Minister Marie Louise Coleiro Preca (Minister responsible for the Family and Social Solidarity) and some representatives of Mid-Dlam ghad-Dawl. The discussion was based on some issues in prison especially the YOURS section and life after prison. Information about our aim in prison as voluntary group was also shared during this meeting which was very cordial and pleasant.

Scroll to top
We use cookies on our website to give you the most relevant experience by remembering your preferences and repeat visits. By clicking “Accept”, you consent to the use of ALL the cookies.
Cookie settingsACCEPT
Manage consent

This website uses cookies to improve your experience while you navigate through the website. Out of these, the cookies that are categorized as necessary are stored on your browser as they are essential for the working of basic functionalities of the website. We also use third-party cookies that help us analyze and understand how you use this website. These cookies will be stored in your browser only with your consent. You also have the option to opt-out of these cookies. But opting out of some of these cookies may affect your browsing experience.
Necessary Always Enabled

Performance cookies are used to understand and analyze the key performance indexes of the website which helps in delivering a better user experience for the visitors.

Analytical cookies are used to understand how visitors interact with the website. These cookies help provide information on metrics the number of visitors, bounce rate, traffic source, etc.

Advertisement cookies are used to provide visitors with relevant ads and marketing campaigns. These cookies track visitors across websites and collect information to provide customized ads.

Other uncategorized cookies are those that are being analyzed and have not been classified into a category as yet.